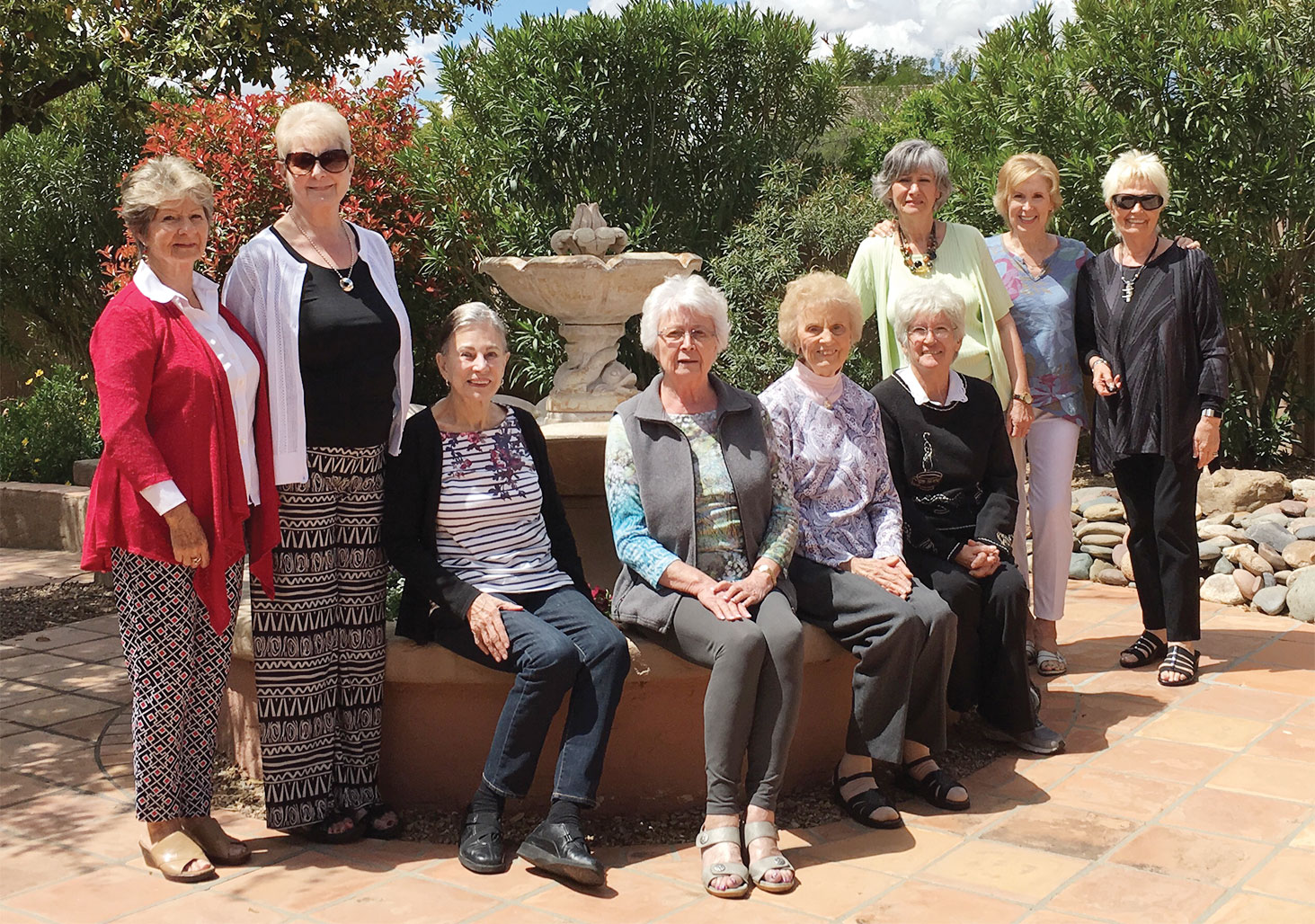 On Saturday, April 6, with the chilly day starting with overcast skies and showers, giving way to intermittent sunshine, blue skies, with amazing cumulous clouds here in SaddleBrooke, nine ladies of the British Club met for a coffee morning and book exchange at the home of Barbara Atkins.

As per usual everyone enjoyed the camaraderie of friends, exchanging tales of family, travel plans and other current events in their lives.

As well as coffee and tea (of course!), Barbara served a delicious selection of quiches, croissants with preserves – apricot and raspberry – and chocolate macaroons.

Everyone thanked Barbara for inviting them into her home for this very enjoyable coffee morning.

Every second and fourth Friday of the month the British Club has a social event in the bar area at SaddleBrooke Clubhouse which includes the following activities: canasta, Mexican Train and maybe bridge from 1:00 p.m. until around 4:00 p.m. This is followed by a social hour and a bar meal.