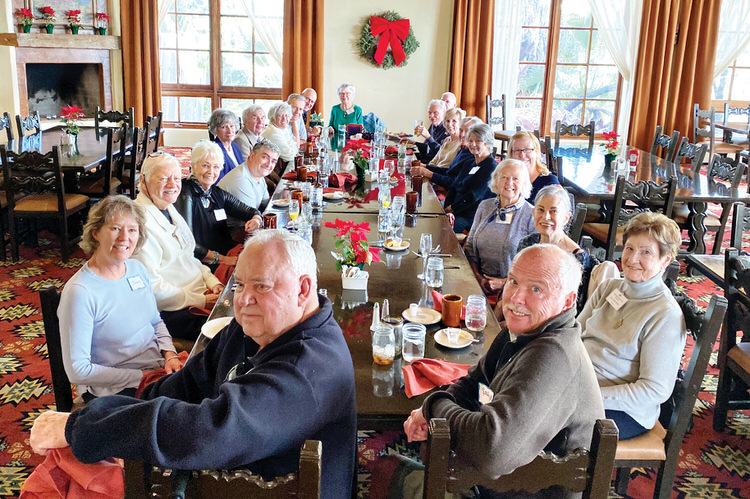 In keeping with British tradition, celebrating Boxing Day at the Tanque Verde Ranch on Dec. 26, 19 British Club members and three guests, who were visiting for the holidays, gathered together. Among the guests were Eileen and Mike Sedgwick’s son Paul, visiting from Minnesota, and Joan and George Reichert’s son George and daughter-in-law Ginny from Littleton, Colo.

Everyone enjoyed a spectacular brunch and, as usual, had a jolly good time enjoying the camaraderie of members and friends of the British Club.

It’s always lovely to see the horses in the corrals at the entrance and enjoy the Southwest ambiance of this unique location.

Everyone thanked Ethel Willmot and David Taylor for organizing this very enjoyable brunch.

Eventually, after the COVID restrictions have eased more, the British Club will resume their game afternoons every second and fourth Friday of the month. They will have a social event in the bar area at the SaddleBrooke Clubhouse, which includes canasta, Mexican Train, and maybe bridge from 1 p.m. until around 4 p.m. This is followed by a social hour and a bar meal.

Membership is open to any person who was born in Britain or The Commonwealth or holds, or has previously held, a British passport and is a current homeowner of either SaddleBrooke One or SaddleBrooke TWO. The member’s spouse or partner may be of any national origin.