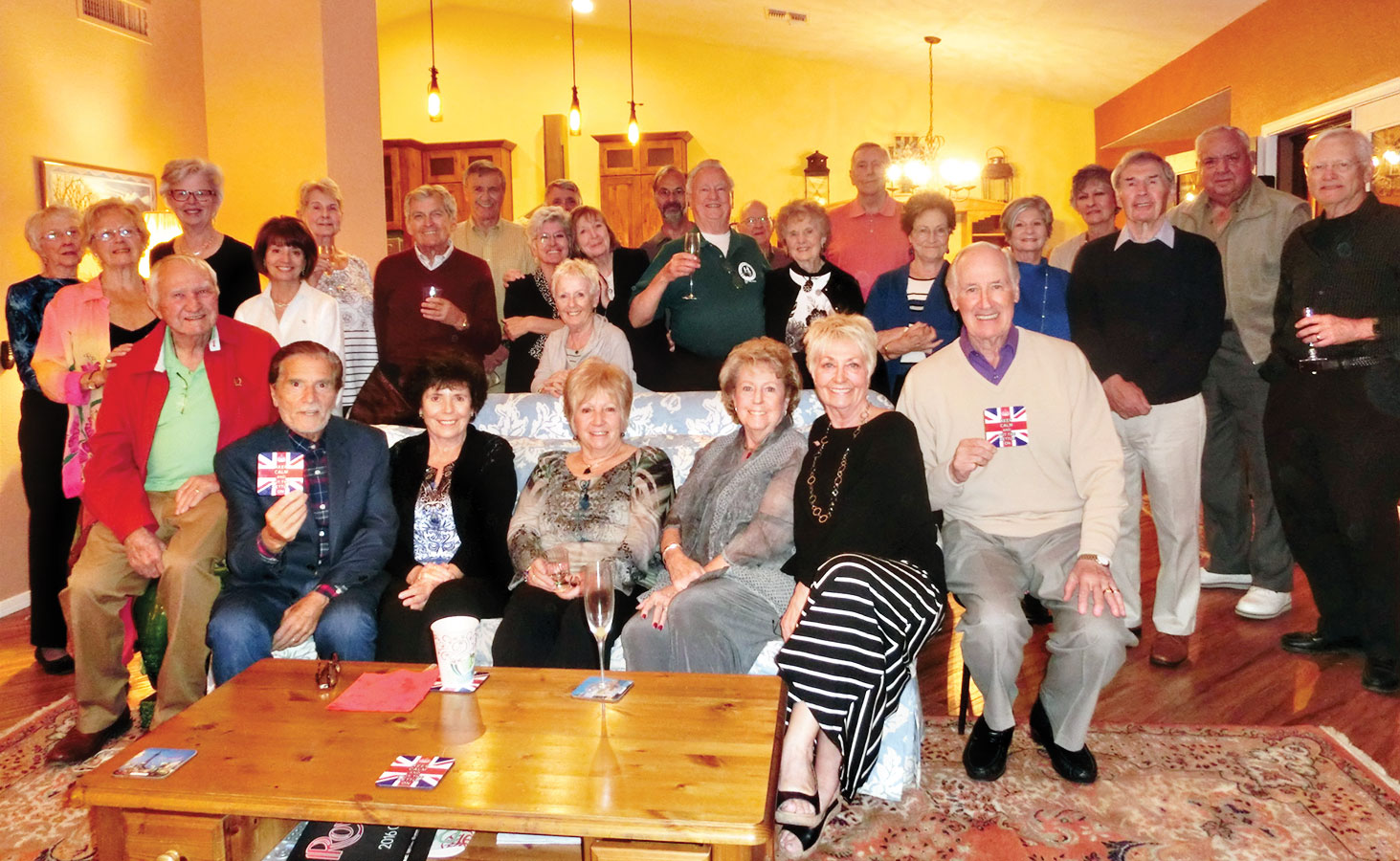 The British Club gathered for a farewell party for departing members.

A fond farewell for the following members who have played an integral part in the success of the British Club over the past years: George Vardy (past president) and Jean Vardy (past Social Committee Chair), Doreen Daniels (past Membership Chair, Social Committee and Member at Large) and Jim Daniels, Peggy Vitale (past Social Committee and Member at Large), and Sal Vitale. We are sorry to see them leave, but wish them every happiness in their new beginnings in other parts of the United States where they will be closer to their children. They will be truly missed!

It was a bittersweet event on February 25 as 34 members of the British Club gathered together at an hors d’oeuvres party held at the home of Ethel Willmot to bid the above members a fond farewell. An altogether splendid evening, with a Marquis in the garden with outdoor seating, all lit by tiki torches and the sounds of fabulous background music. Contributed by members, everyone enjoyed a vast assortment of delicious heavy hors d’oeuvres with a selection of beverages including red and white wine and champagne/mimosas. Following the hors d’oeuvres everyone enjoyed a selection of wonderful desserts, including a delicious fond farewell carrot cake. Members all listened to the exciting stories of new beginnings as their friends leave to start their new adventures. Embracing the camaraderie of the evening, everyone sang along to We’ll Meet Again, Don’t Know Where, Don’t Know When, by Engelbert Humperdink. There were a few tears!

Everyone thanked Ethel for inviting members into her home to host this very special, successful event.

Membership is open to any person who was born in Britain or The Commonwealth or holds or has previously held a British passport and is a current homeowner of either SBHOA1, SBHOA2 or SaddleBrooke Ranch.