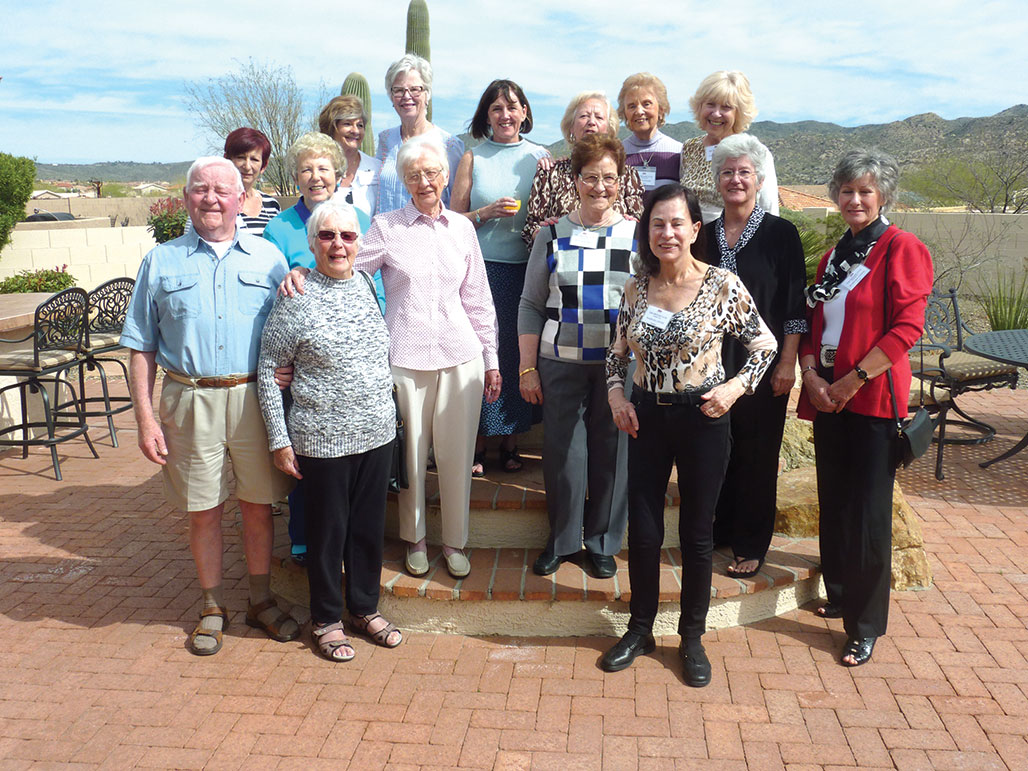 British Club members met at the home of Pauline Taylor in February.

At the home of Pauline Taylor on Saturday, February 21 sixteen members of the British Club enjoyed a coffee morning where they welcomed surprise guests, the Buddings, from the UK. Pauline served Mimosas as well as the Coffee and Tea with a selection of delicious cookies and banana bread. As it was a beautiful sunny morning here in SaddleBrooke, a number of people enjoyed their coffee morning on the patio.

Everyone thanked Pauline for inviting them into her home for this very enjoyable coffee morning.

Every second and fourth Friday of the month the British Club has a social event in the bar area at SaddleBrooke Clubhouse which includes the following activities: Canasta, Mexican Train and maybe Bridge from 1:00 until around

Membership is open to any person who was born in Britain or The Commonwealth or holds or has previously held a British passport and is a current homeowner in SBHOA1, SBHOA2 or SaddleBrooke Ranch.