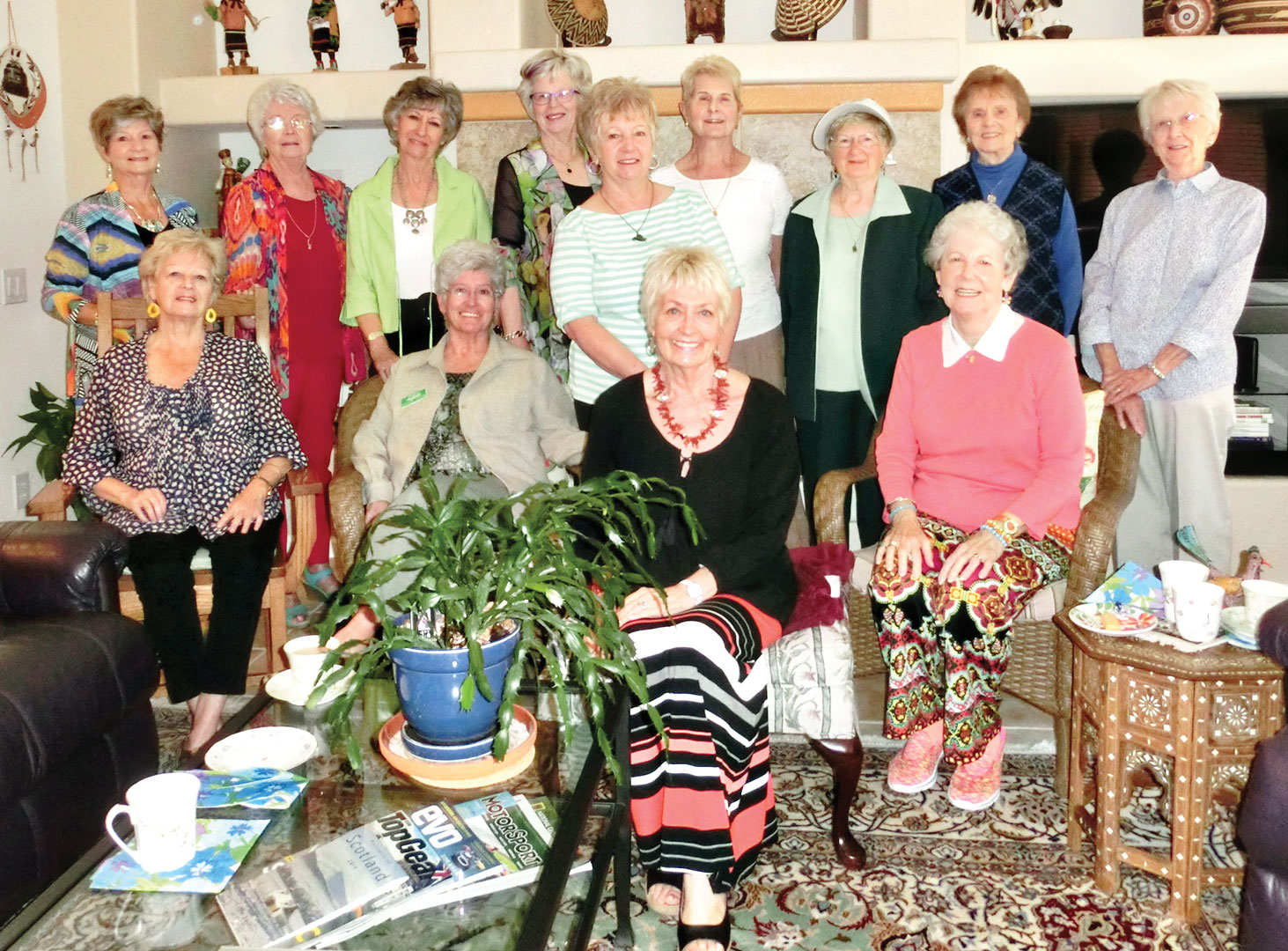 It was a lovely sunny but crisp day in SaddleBrooke when thirteen ladies from the British Club gathered together for a coffee morning and book exchange held at the home of Elke Mulligan on Saturday, April 16. Once again enjoying their camaraderie and exchanging tales of their lives since their last get together. With the freshly brewed coffee and tea, Elke served a salami and cheese plate with crackers, a selection of smoked almonds and peanuts, chocolate cookies, shortbread, Lindt chocolate truffles, chocolate cookies, coconut macaroons and strawberries and grapes. Finalizing the coffee morning, they enjoyed a Mimosa toast to happy, healthy days in the year ahead.

Everyone thanked Elke for inviting them into her home for this very enjoyable coffee morning and book exchange.