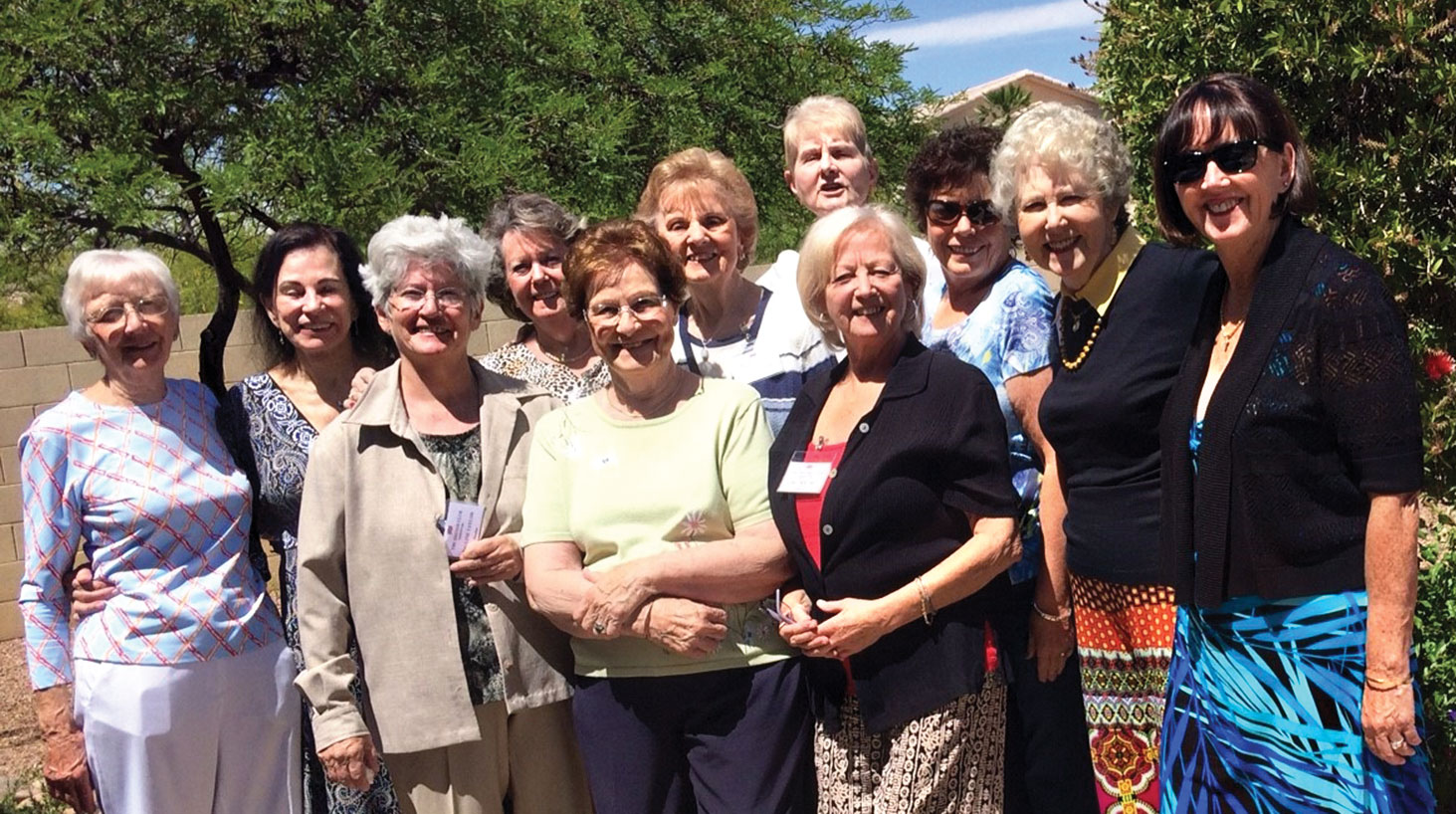 The April British coffee morning was hosted by Joan Reichert.

On Saturday, April 11 it was another glorious morning here in SaddleBrooke when eleven members of the British Club gathered together and enjoyed a friendly coffee morning and Book Exchange at the home of Joan Reichert. Along with coffee and tea, of course, Joan served an array of homemade delicious sausage rolls, quiche and chocolate biscuits etc., accompanied by a large, refreshing bowl of fresh fruit.

Everyone thanked Joan for inviting them into her home for this very enjoyable coffee morning.