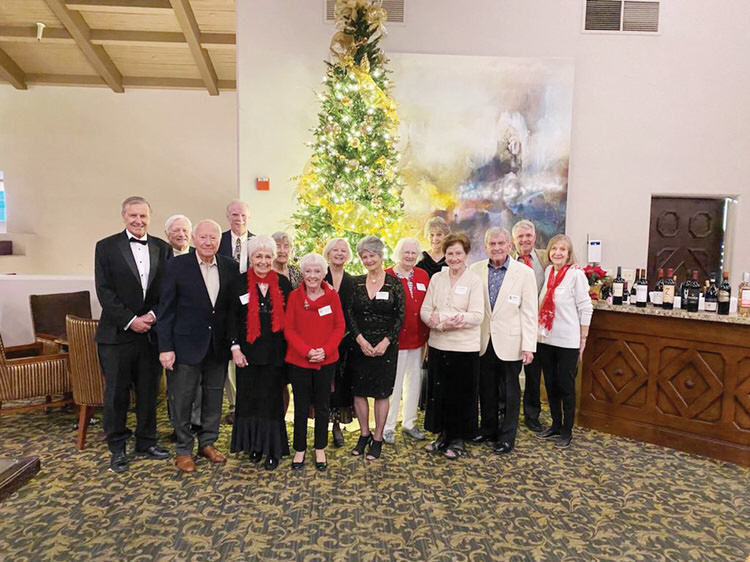 On Dec. 12, 19 members of the British Club attended their annual Christmas Party, this time teaming up with Unit 5 again at the clubhouse Vistas Dining Room at SaddleBrooke One.

The camaraderie was palpable, and everyone had a fabulous, festive evening enjoying the wonderful food served and delightful live music played. Everyone thanked Ethel Willmot for organizing this very special Christmas event.

The British Club now has 35 members from the following hometowns: