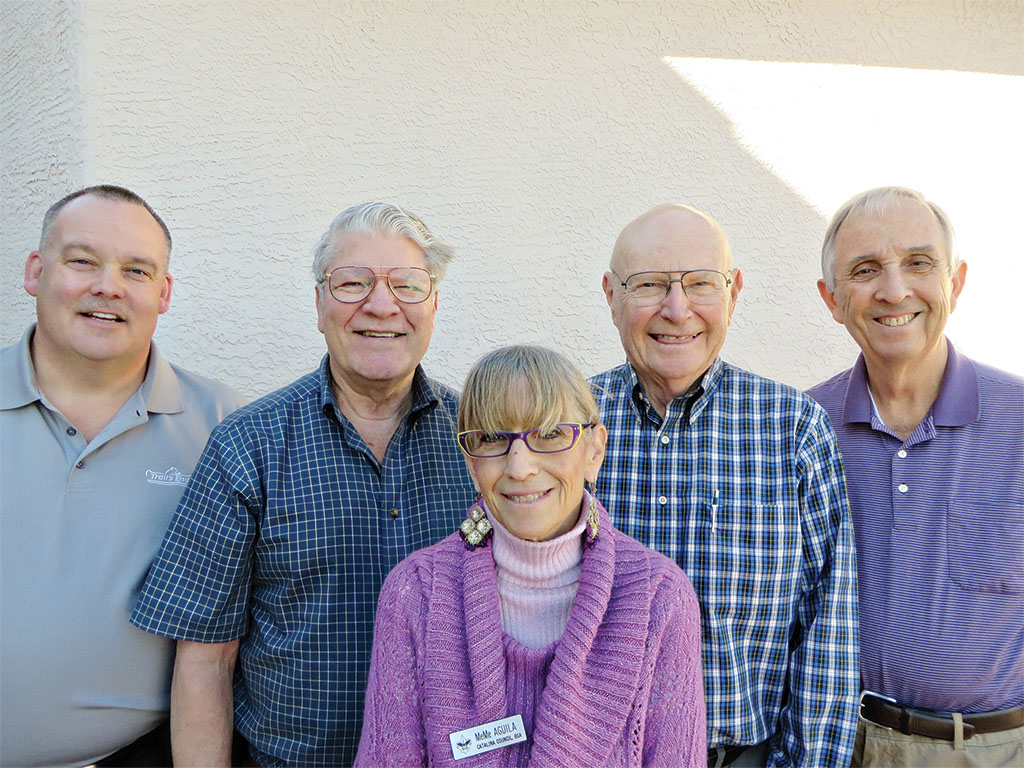 At a recent meeting, the Golden Eagles board was joined by Ken Tucker and MeMe Aguila from the Catalina Council in Tucson.

According to Chair John Wiley, the drive began in November and will end around the first of March. All friends of Scouting, former Scouts, Scout leaders and parents or grandparents of Scouts are invited to contribute to this effort. The Golden Eagles is chartered by both SaddleBrooke Homeowners Associations and the fund drive has no associated administrative costs.

Last year the group raised some $11,000. Historically, in excess of $180,000 in support has been provided to the Catalina Council, Boy Scouts of America, which is based in Tucson. Close to 100 residents of SaddleBrooke participate in and support Golden Eagles activities and the Golden Eagles is open to anyone who lives in our community. You do not need to have any prior association with scouting to belong.