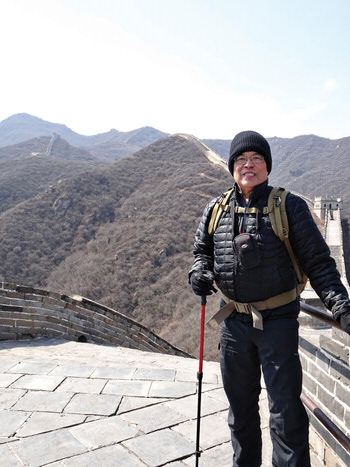 It’s hard to imagine that anyone in the SaddleBrooke Hiking Club (SBHC) doesn’t know the name Ken Wong. For the past 12 years, hikers have seen his name every other month when the SBHC newsletter is distributed, yet may not actually know much about Ken or his many contributions to the success of the SBHC.

After moving to SaddleBrooke in 2009, Ken soon joined the SBHC and served as secretary from 2010 to 2012, while also serving as communications coordinator. Ken acted as a liaison with the SaddleBrooke One webmaster during the time when it supported the SBHC site, but when this arrangement ended in 2011, the club needed to develop its own.

Besides the bimonthly distribution of the newsletter, Ken posts updates to the website, distributes special bulletins, and checks the Hiking Club roster daily to ensure that guides always have access to the best information available. Over the years, when asked to participate in ad hoc panels such as the 2021 Bylaws Committee and the newly created Technology Committee, Ken has always risen to the task. Even with the long hours he puts in each month, Ken gets a lot of satisfaction out of his work with the club. When asked about the many roles he has played, Ken says, “I like change and getting into new things. It has been an evolution.”

Ken began hiking when he lived in California. While he currently considers himself a class C hiker, Ken has hiked down and back from the South Rim of the Grand Canyon, with an overnight stay at the Phantom Ranch. When asked about a favorite hike, Ken didn’t hesitate: It was the 8-plus-mile trail to the Supai Village on the Havasupai Reservation, with the highlight of seeing Havasu Falls.

Ken is a world traveler, having visited six continents. With Africa, the Americas, Asia, Australia, and Europe under his belt, Antarctica can’t be far away! He has visited the Alps, Eastern Europe, and Machu Picchu. Ken has experienced the thrill of visiting his ancestral country of China and the misfortune of being dumped out of a makoro (dugout canoe) in the Okavango Delta of Botswana!

Ken is an avid target shooter and occasional golfer. He has volunteered as a tutor at the Coronado K-8 and Catalina Mountain Schools and with the Red Cross as a Disaster Action Team Supervisor. Ken served on his Unit’s Social Committee for seven years, during which time he and his wife Marge organized the annual picnic. Ken also enjoys DIY projects around the house and servicing and maintaining his cars.

So, when the next SBHC newsletter arrives in your inbox, think of Ken and all his efforts to deliver it to you. But please don’t email him. He definitely doesn’t need any more work!