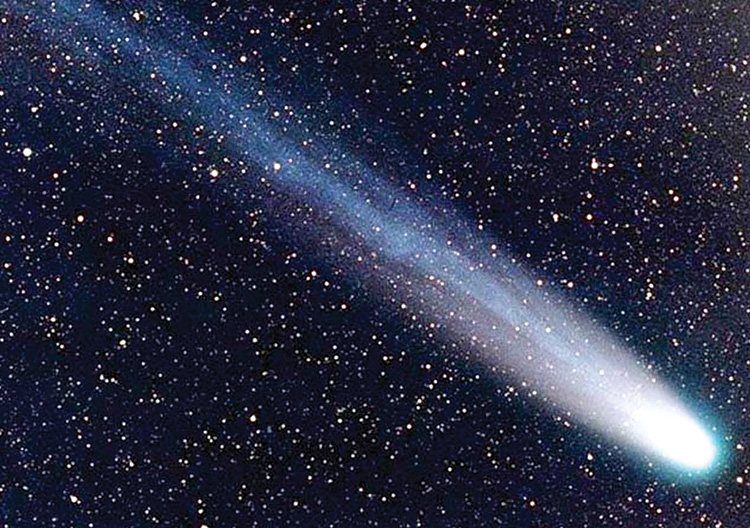 The SaddleBrooke Skygazers Astronomy Club is pleased to host renowned astronomer, comet hunter, and author David Levy on Sunday, Jan. 12 at the SaddleBrooke One Activity Center at 7 p.m. Levy has discovered 22 comets, either independently or with astronomers Gene and Carolyn Shoemaker. He has written 34 books, mostly on astronomical subjects, such as The Quest for Comets, a biography of Pluto-discoverer Clyde Tombaugh in 2006, and his tribute to Gene Shoemaker in Shoemaker by Levy. He has provided periodic articles for Sky and Telescope magazine, as well as Parade Magazine, Sky News and, most recently, Astronomy Magazine. Levy and astronomers Carolyn and Eugene M. Shoemaker discovered Shoemaker–Levy 9 in 1993 which subsequently broke apart in July 1992 and collided with Jupiter in July 1994, providing the first direct observation of an extraterrestrial collision of Solar System objects. The collision provided new information about Jupiter and highlighted its possible role in reducing space debris in the inner Solar System. Levy co-discovered numerous other comets and was the sole discoverer of two periodic comets: 255P/Levy and P/1991 L3.

On Feb. 28, 2010, Levy was awarded a Ph.D. from the Hebrew University of Jerusalem for his successful completion of his thesis “The Sky in Early Modern English Literature: A Study of Allusions to Celestial Events in Elizabethan and Jacobean Writing, 1572–1620.” Levy’s autobiography, A Nightwatchman’s journey: The Road Not Taken was published in June 2019 by the Royal Astronomical Society of Canada. David will bring several copies of his book to personalize. The cost of the book is $35.

The SaddleBrooke Skygazers Astronomy Club meets monthly on the second Sunday evening (7 p.m.) at the SaddleBrooke One Activity Center. Star parties are held monthly at the softball field parking lot. The next star party is on Tuesday, Jan. 28, at 6:45 p.m. The public is welcome to both. Club and Star Party information can be obtained by emailing Sam Miller at [email protected]