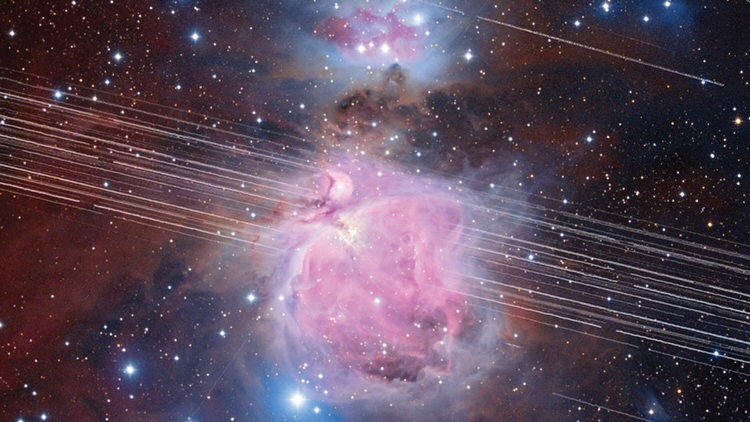 The SaddleBrooke Skygazers Astronomy Club is pleased to host Harry Krantz, a PhD student of astronomy at the University of Arizona Steward Observatory, on Sunday, Feb. 12, at the DesertView Theater, 39900 S. Clubhouse Drive, at 7 p.m. With the creation of new low Earth-orbit satellite constellations, astronomers face a new reality, one with as many as 100,000 bright satellites that can ruin Astro-photographic images, both scientific and aesthetic. While many are concerned with how to avoid these new satellites, Harry is intentionally observing them to measure their brightness and evaluate current and future mitigation goals.

Observing the fast-moving satellites presents a unique set of technical challenges, which are better accomplished with advanced small telescopes than large professional observatories. Through an extensive observational survey now totaling more than 15,000 individual observations, Harry is characterizing the brightness of satellite mega-constellations from an all-sky perspective, which encompasses their dynamic and positionally dependent brightness. Simple, one-time measurements do not fully describe the complex behavior of satellites. The Sun-satellite-observer geometry and reflecting angles determine the apparent brightness, and observing the satellites at positions across the entire sky reveals their reflection pattern, an all-sky photometric signature that is distinct for each type of satellite. Astronomers can use the all-sky photometric signatures to understand the potential effects to their observations and possibly avoid the brightest satellites and worst impacts.

Harry’s research focuses on observing and characterizing satellites and debris in Earth’s orbit. With a background in engineering and systems development, Harry creates new instruments, telescope systems, and methodology to overcome the unique challenges in observing satellites. His projects include characterizing rotating bodies with high-speed cameras, rapid object discrimination based on color, detecting faraway objects in non-ideal observing scenarios, and characterizing the brightness of new low Earth orbit satellite constellations.

The SaddleBrooke Skygazers Astronomy Club meets monthly (and typically) on the second Sunday evening at 7 p.m. at the DesertView Theater. The winter/spring Star Parties are scheduled on Tuesday, Jan. 24 (last opportunity to view Jupiter); Wednesday, Feb. 22; Thursday, March 23; and Tuesday, April 18, at the softball field parking lot. The public is welcome to both meetings and Star Parties. Club and Star Party information can be obtained by emailing David Evans at [email protected]