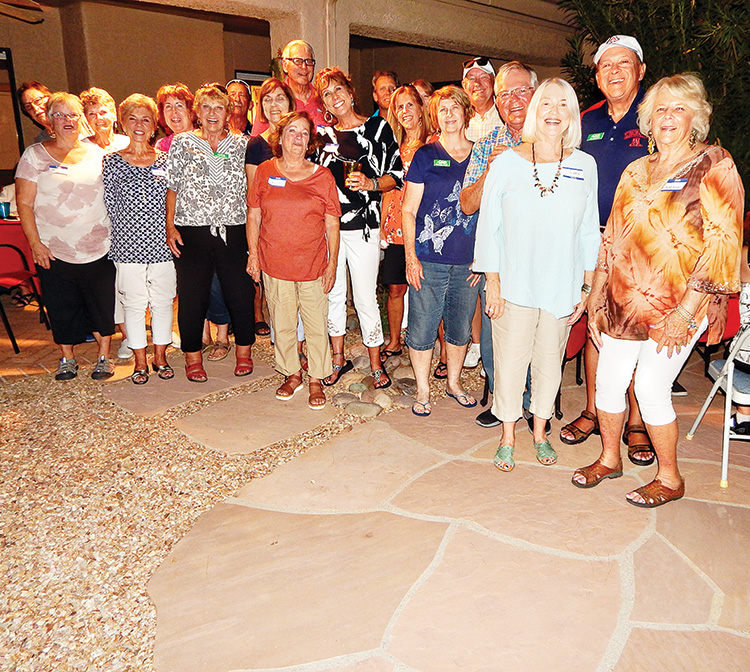 Did you see SaddleBrooke residents zooming around SaddleBrooke on Thursday, Sept. 12, in their golf carts, stopping to look at various yards in many SaddleBrooke One Units? Did you wonder what they were doing? Were you ready to call the SaddleBrooke Patrol? These residents were only having fun participating in a golf cart rally which marked the first fall event for Unit 3-S. Joe and Julie Parker won first place and Debbie Muise and Alice Dahl came in second.

After the golf cart rally, 55 Unit 3-S residents met at the home of Sharon and Bill Walker to celebrate the winners of the race and to have a yummy potluck dinner. Unit 3-S is very lucky to have many fantastic cooks. Everyone agreed that the food was great! 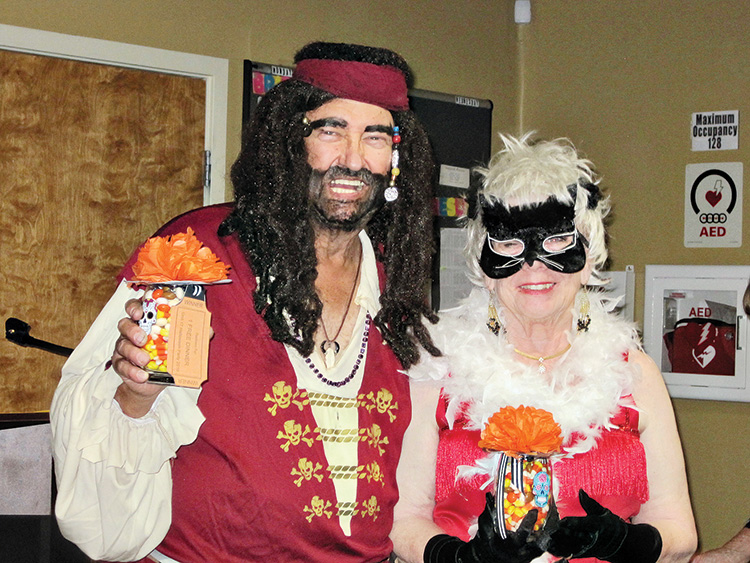 Last-year’s winners get a free meal this year! Photo by Bob Gelinas.

Unit 17 will be celebrating an American Spooky Halloween with a pizza party on Oct. 30. The Halloween Party has been a tradition since Unit 17 began and continues to be one of the most popular events.

Come as you are or come in costume. Costumes are optional, but a great part of the fun. The pizza dinner includes pizza, salad, beer, cookies, and ice cream. Sign up details are on the flyer emailed to the unit in September, or contact Faith Fromson, [email protected] 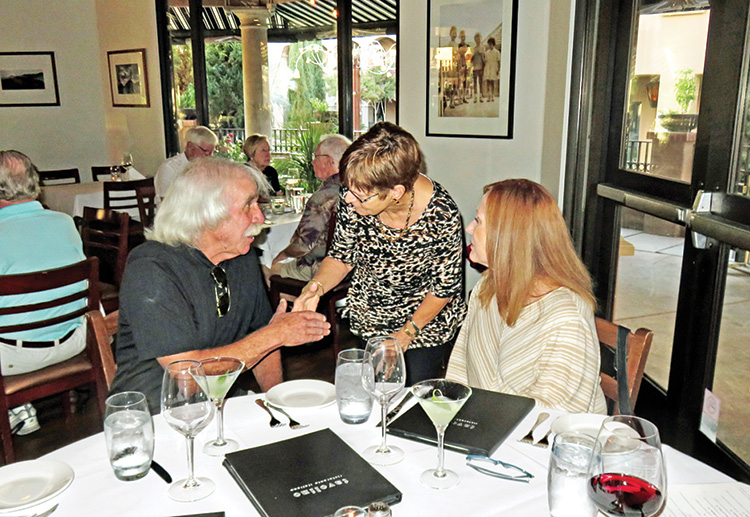 A chance to mix and mingle at Tavolino’s. Photo by Ron Talbot.

The summer of 2019 will go down in recorded weather records as hot! Nevertheless, to paraphrase a popular saying, the show went on—at least for the hearty year-round residents of Unit 27. There were Snack and Chats; Sheila and Tom Hilt hosted one on July 26, and Jane and Greg Zielske hosted another on Aug. 24. Both dates happened to have evening temperatures that made spending outdoors reasonably tolerable, at least for a while. And attendees spent time both inside and out. Although attendance is always lower in the summer than at other times of year, having a monthly event to attend gives those that are still in residence the opportunity to find out who else is home. We appreciate those that are willing to host these monthly events, no matter what time of year!

In addition to the Snack and Chats, the unit sponsored a Dine-Around, thanks to the intrepid Fira Stout, who finds and books (somewhat close by) restaurants that will accommodate a group of Unit 27 residents. Occasionally, it doesn’t work the way it was planned. Fira planned and booked a Dine Around with The Core at the Ritz-Carlton, only to be told close to the date that they really couldn’t accommodate the group. Thankfully, she was able to book with Tavolino Ristorante Italiano on Aug. 27, the same day as the one that had been cancelled. Tavolino’s could not have been more gracious to our diners, and Fira came through once more for the Unit. Good job!

Unit 27 experienced what seems like a lot of turnover during the late spring and summer, and is continuing to do so. Jan and Ron Talbot hosted an open house on Sept. 14 for residents to say good-bye to one of our earlier resident couples, Patti and Rich LaRosa, who are moving to southern California. With the help of other old-timers, Ron put together a really fun photo book of unit events going back to early 2003. Attendees were able to look through the book before it was given to Patti and Rich, and some residents were very impressed with how young they used to look! Another couple, who were among the first group of Unit 27 residents, will also be moving soon. Karen and Roger Spalter will be moving to southern California as well. We will miss them all, but we will soon welcome new residents in their places, and introduce them to our friendly Unit 27. 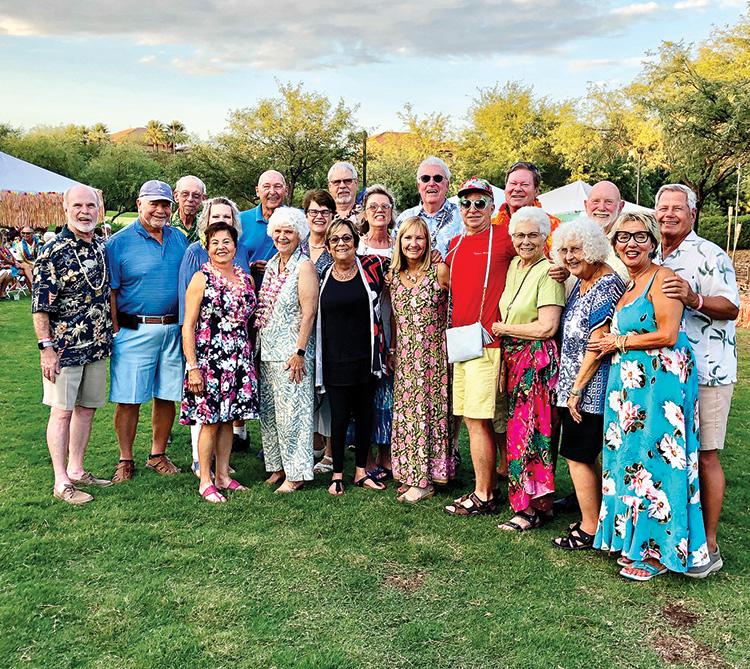