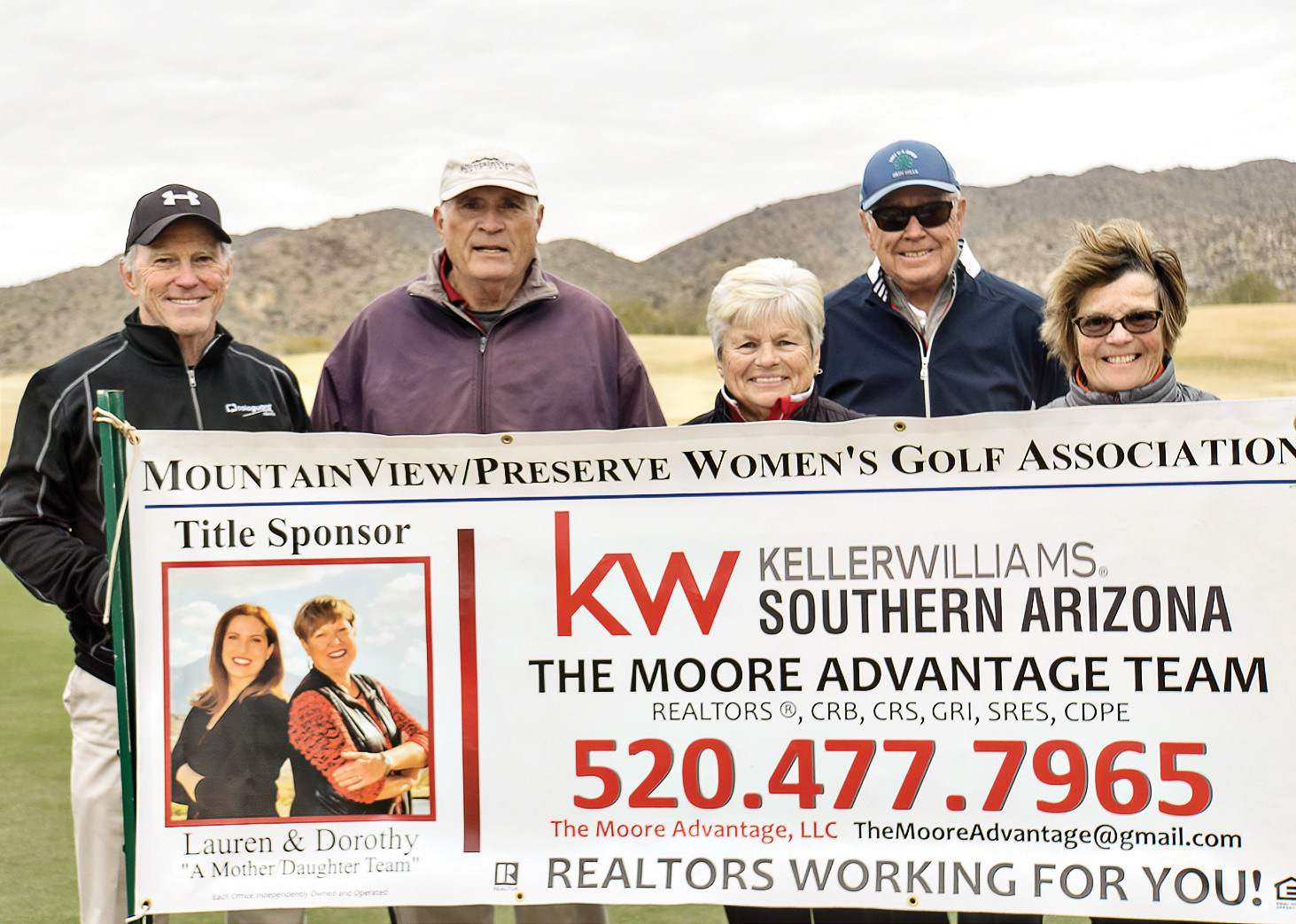 Many moons before Earth landed on Mars or Venus, Martians and Venusians landed on Earth to explore evidence of extinct or fossilized microbial life, and to determine if it had ever been a living planet. The extraterrestrials arriving from both sides of Earth found that it is indeed a living planet, and that old retired fossil Earthlings always have, and always will, live to play golf. There isn’t an alien from any planet in any universe who can find a purpose for, or make sense of our pursuit of the pole star marking the black hole in which to dock the little white orb with its 336 tiny craters, let alone, perform this ritual 18 times in a row. This is the eighth year the MountainView/Preserve Women’s Golf Association (MPWGA) and the corresponding men’s league (MPMGA) have held the Mars/Venus tournament, and the fourth year they have mixed and mingled together on the same team as co-stars.

Men from Mars, the red planet, and women from Venus, the hottest planet in our solar system, hot enough in fact to melt lead, or the hearts of Martians, find that when they join forces, the Earth’s atmosphere heats up, resulting in a simultaneous combustion burst of scintillation all over the golf course. On Feb. 16, 108 of these Red-Hots, grouped into 27 crews of two Martians and two Venusians, revved up their four-wheeled rovers and began their mission to persevere the planet Preserve. This day’s challenge was the two best net scores with rotating partners. The day was cold and blustery, and the players were bundled up to conquer the course and weather looking like explorers in space suits. Two days later, on Feb. 18, with similar atmospheric conditions, the teams met at the MountainView Space Station to begin their journey to the center of the cup. This day the game was the Cha-Cha-Cha, in which various combinations of best net balls were scored on each hole.

A smooth landing right into first place as the overall tournament winners, with a score of 271, also placing first in Flight 2, was team Mike Bershaw, Dick Clark, Randi Roberts, and Aleta Rosenthal. The four-star team placing first in Flight 1 with a score of 280, was Bruce Fink, Larry Scott, Linda Schauer, and Ellen Victor. There were up to eight winning teams in each of the two flights arranged by Handicap Index, with two-day total scores ranging from 271-299, and numerous close scores and ties.

This top-of-the-world event was sponsored by Dorothy and Lauren Moore, The Moore Advantage Real Estate Team, providing generous cash prizes for each of 68 players from 17 winning teams. Thanks to Event Chairs Janey Clausen and Matt Kambic for organizing the teams for this space oddity where Martians and Venusians now happily play around together while playing a round, and to Ground Control Matt Hudson and Mike Karpe for helping make the events in our golf galaxy par excellence. From the observatory, it was clear that every golf star had a great time. The 365-day countdown until we get to do this again seems light-years away!