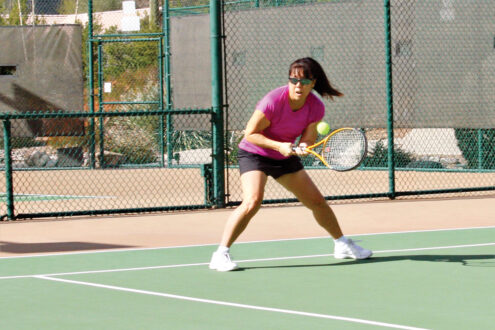 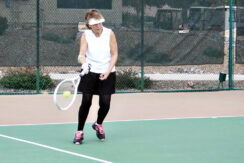 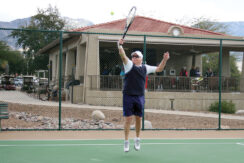 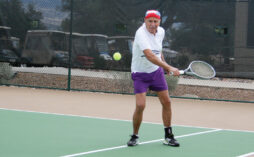 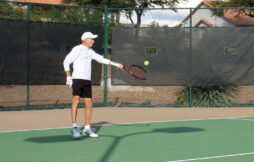 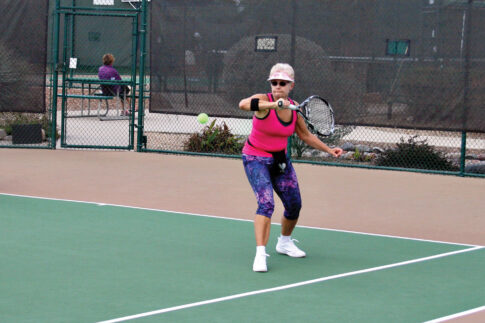 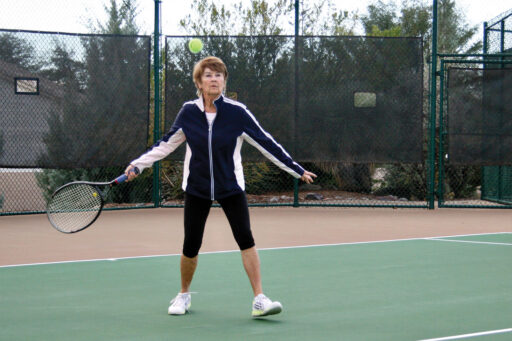 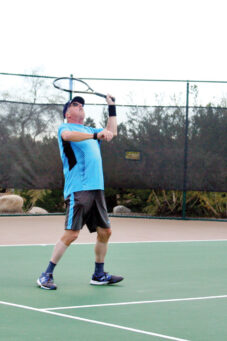 Despite the late start on January 31, approximately 70 men and women signed up for Social Team Tennis this year so that we were able to field three teams each with a nice cushion of willing substitute players. With three teams, it meant that each team had two byes over the six-week period which ended on March 7.

The Chollas, Saguaros and Prickly Pears, led by captains Sandy Schoenleber, Terry Rowell and Cindy Madsen respectively, all chose their team colors and challenged each other. Subs helped fill out their teams when needed. Sandy’s Chollas prevailed, winning 10 courts versus 8 and 6 for the other two teams. Congratulations to the Chollas team members!

The men’s teams were the Javelinas, Cougars and Coyotes, led respectively by Gary Rowell, Bob Stocks and Arch Payne. The Javelinas won 11 courts, beating the other two teams. The Cougars were on their heels though, with 10 courts won. Congratulations to the Javelinas!

Coordinators Kay Sullivan and Jim Abrahamson thank all involved for helping make this event successful. Planning for 2019 will begin this November. Look forward to it!